NZ Rugby is also working closely with Rugby Australia over trans-Tasman matches between respective Super Rugby sides at the end of the tournament, and more details will be released shortly. 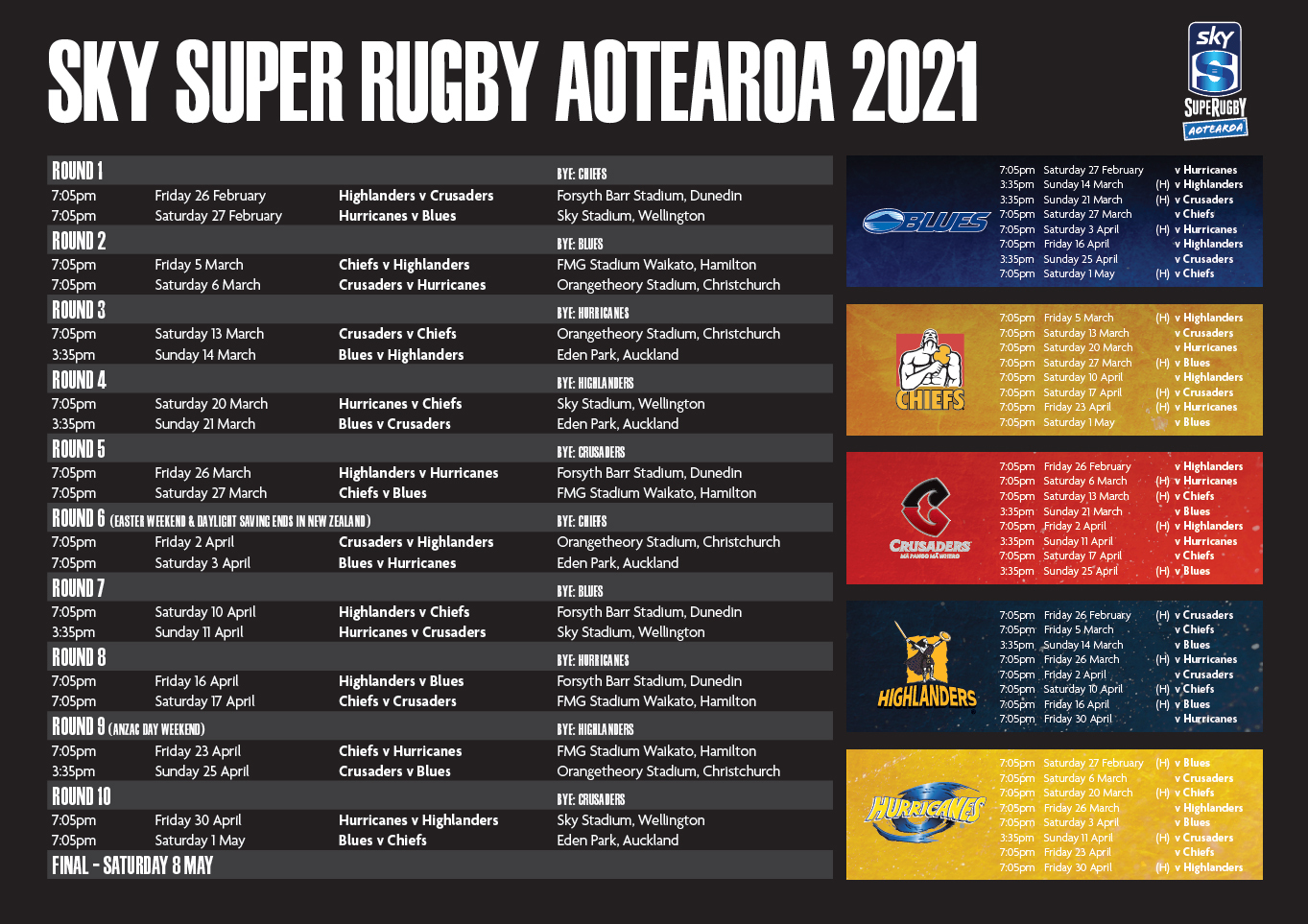 After the Sky Super Rugby Aotearoa 2021 NZ competition concludes, there will be a Sky Super Rugby Trans-Tasman Competition which will feature 10 Super Rugby clubs, five from New Zealand and five from Australia, playing 25 matches over five weeks before a Final on Saturday 19 June. All 26 matches will be live and exclusive on Sky.

All teams will also play two away matches, while their fifth will be part of a ‘Super Round' featuring all Round 3 matches being played at one location, over one weekend.

The Final will be played between the top two teams after the five weeks of matches on the combined competition ladder with the team who finished first earning home advantage for the decider.

Experience Group are delighted to announce a variety of hospitality packages at all the stadiums across a variety of Super Rugby franchises for 2021.