Rugby World Cup 2023 will take place in France from 8 September - 28 October with matches played in nine venues across 10 host cities. The tournament will be the 10th men's Rugby World Cup and the second to be hosted by France after a memorable event in 2007.

RWC 2023 will set new standards in social responsibility, inclusivity and sustainability for a major rugby event, targeting four key pillars for the tournament's legacy: acting for sustainability and circular economy, supporting education and employment, respecting and protecting the environment, and promoting inclusivity.

Rugby World Cup is the world championship for the sport of rugby union and takes place every four years. Twenty teams will take part in Rugby World Cup 2023, divided into four pools of five teams, followed by QFs, SFs, a bronze medal playoff and the Finals. Twelve teams qualified directly by finishing in the top three in their pool at Japan 2019 and eight from a global qualification process – with 48 matches played across 51 days.

World Rugby have ensured an even more keenly contested tournament in the group stages, extending the competition by one week to ensure that all teams have a minimum five days between each fixture. This expanded schedule means Rugby World Cup 2023 has a unique ‘weekend' feel to it which is ideally suited to Official Hospitality engagement: 42 of the tournament's 48 matches will take place on either a Friday, Saturday or Sunday. 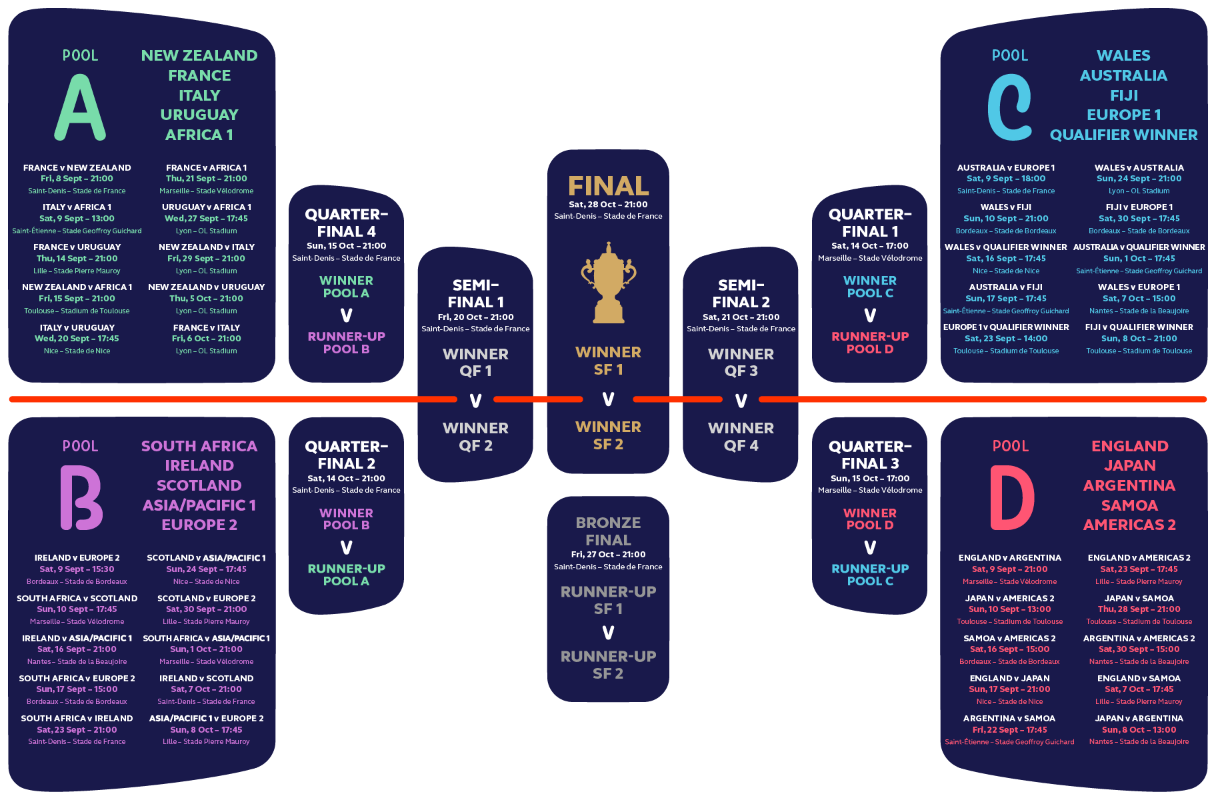 We are offering a variety of products which allow customers to attend matches, from regular Follow My Team and City Packs to exclusive conditional knock-out match-options such as L'Expert Pack. Packages will be available in the four different official categories: Webb Ellis, Du Manoir, and Brennus/Le Village. Skyboxes are available on request.

The Domestic Venues' food and beverage concept will be individual to each city and representative of that region's unique terroir, or local characteristics.