In March and April of 2022, Aotearoa will own its moment in the global trajectory of women's sport as we host the ICC Women's Cricket World Cup 2022 (CWC22). We Kiwi will host this global celebration featuring the world's best cricketers showcasing their skill across New Zealand.

The pinnacle event for women's cricket will see the top eight teams in the world go head to head in 31 matches played across 31 action-packed days between 4 March and 3 April 2022. This tournament will be the first global women's cricket event since the T20 World Cup final on 8 March 2020, which saw over 86,000 fans turn out at the MCG.

Six host cities across Aotearoa have been selected to play host to our upcoming World Cup: Auckland, Tauranga, Hamilton, Wellington, Christchurch, and Dunedin. Tauranga's Bay Oval will host the opening match featuring the WHITE FERNS. All eight teams will face each other in a full round-robin, before the tournament culminates with semi-finals in Wellington and Christchurch, and a showpiece final under lights at the iconic Hagley Oval on 3 April.

Come along and be part of the action – LET'S SHOW THEM! 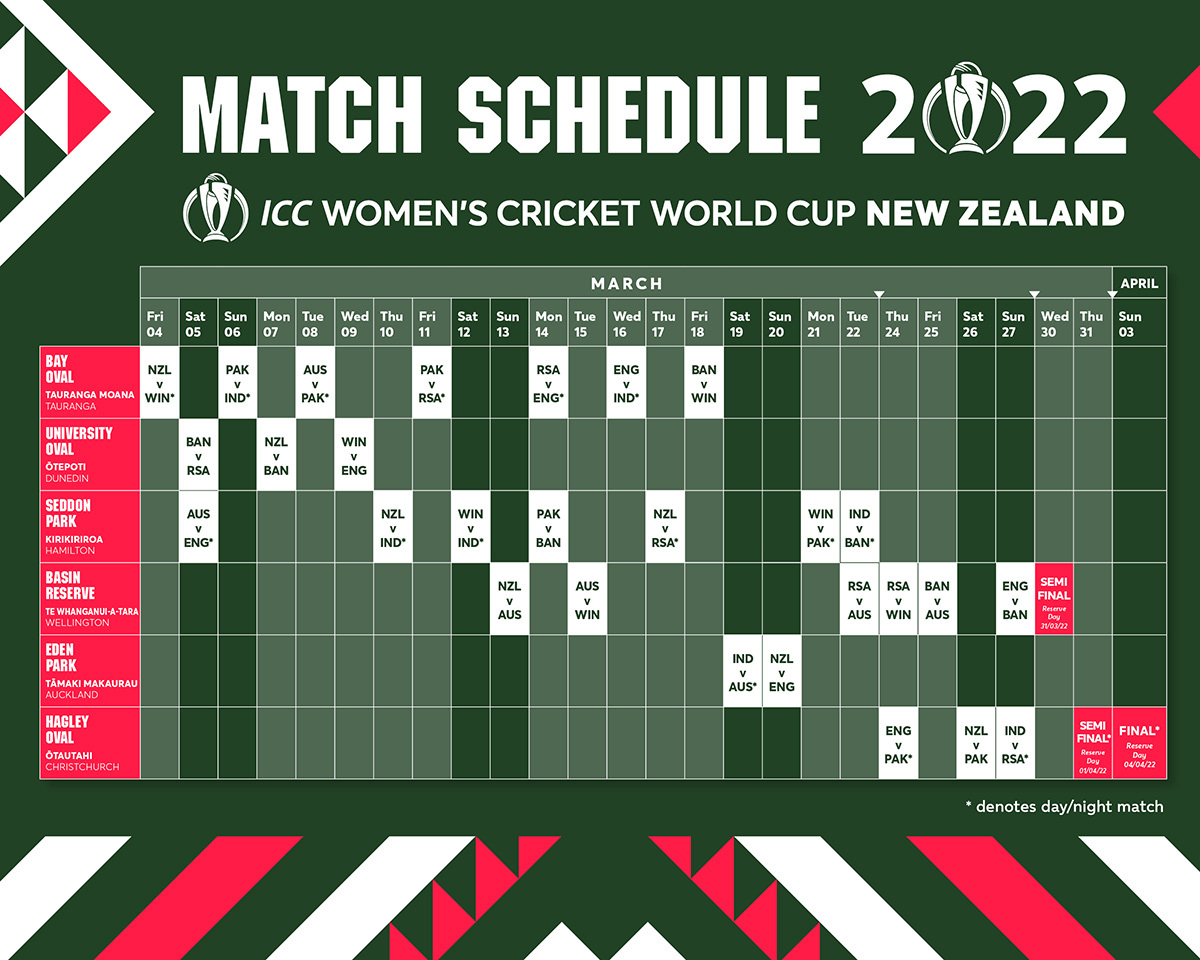 Select the matches below to view hospitality options available on each day.