There is an inescapable, unavoidable, nerve-racking moment in every America's Cup, the moment when years of planning, scheming, designing, building, and training lies behind you, and the day finally arrives when you find out whether you got it right!

“It's a unique moment in every America's Cup, part of the event's DNA,” says Emirates Team New Zealand boss, Grant Dalton.  “The moment when sailors, designers, fans, commentators - everybody really - gets the answer to the same question, at exactly the same time, when the Challenger meets the Defender on the start line for the very first finals race the boats come off the line, foot flat, and we all get a first, good look at whether one has an edge over the other.  A classic America's Cup moment.”

On 6th of March 2021 that moment will have arrived.  The 36th America's Cup Match is set to begin with Emirates Team New Zealand, the successful Defender, having won the right to host from Oracle Team USA, ready to take on the Challenger - the successful winner of the Prada Cup.

The pristine waters of the Hauraki Gulf are set to explode in a rush of  adrenaline fueled, high octane racing as these massive boats (AC75's) go head to head to be the first to win seven races.

“The America's Cup is the pinnacle of sailing, so to be in that position to be racing for the Cup, that's an incredible opportunity,” says INEOS Team UK skipper, Sir Ben Ainslie.  “There's always a lot of pressure but if you enjoy that kind of thing then there's no better platform in the sport of sailing.”

The day is coming when there is no holding back, no reining in, a day when everything will be on show, because every win, and every point, is vital.  That day - March 6, 2021 - is fast approaching.  Who will hold up the oldest trophy in sport – the Auld Mug?

Make sure you are there to see all the action, first-hand.  See the races up close and personal with an official corporate hospitality package. 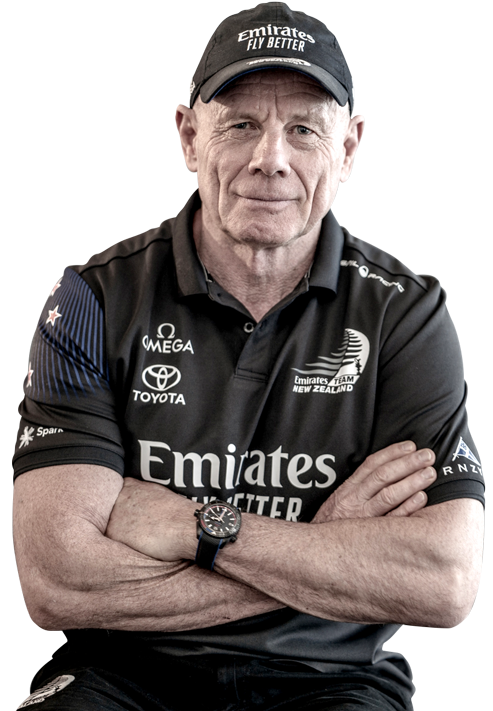 Welcome to the 36th America's Cup presented by Prada, where for the first time since 2003 New Zealand hosts this prestigious event as the Defender.  This is a privileged position to be in and it has taken a fantastic effort by many people to get us to this point.

It's my pleasure to present the Official Corporate Hospitality packages brought to you by Experience Group.  They have developed and designed a number of exclusive ‘experiences' to ensure you get up close to the racing and see the 36th America's Cup Match in a style and fashion that not only showcases the best in corporate hospitality, but also showcases the best that Auckland and New Zealand has to offer.

The America's Cup is an international event where the best of the best go head to head in New Zealand waters.  It sits alongside the likes of Rugby World Cup, Cricket World Cup, British & Irish Lions and FIFA World Cup as truly global events.

I would encourage you to explore the corporate hospitality package options with Experience Group and get in quick to secure your spot on the water!

Select the race days below to view hospitality options available on each day.

A VIP level of hospitality is being designed and constructed for the America's Cup Match.  It is located at Silo Park in the Wynyard Quarter.

Guests will arrive at 12pm for a sumptuous luncheon.  While they are being wined and dined they will be entertained by an MC and special guest speakers with the expertise and knowledge to inform and entertain our guests.  At approximately 1.30pm guests will be asked to begin the boarding of their charter boat(s) and departing to a restricted area of the race course, where only flagged vessels will be permitted.  Racing is due to begin at 4pm and two races will take place.  At approximately 6pm, the conclusion of the day's racing, the charter boats will begin leaving and drop guests back at the hospitality marquee.  Hospitality will continue, and will conclude at approximately 9pm.

The corporate hospitality will be located in Silo Park, in the vibrant Wynyard Quarter, close to the bases of American Magic and Ineos Team UK.  A purpose built hospitality area will be established around the 35 meter silos.  Silo Park offers striking views across to West Haven Marina and the Auckland Harbour Bridge.